Father’s Day: Stories of Gay Dads and Their Foster Families 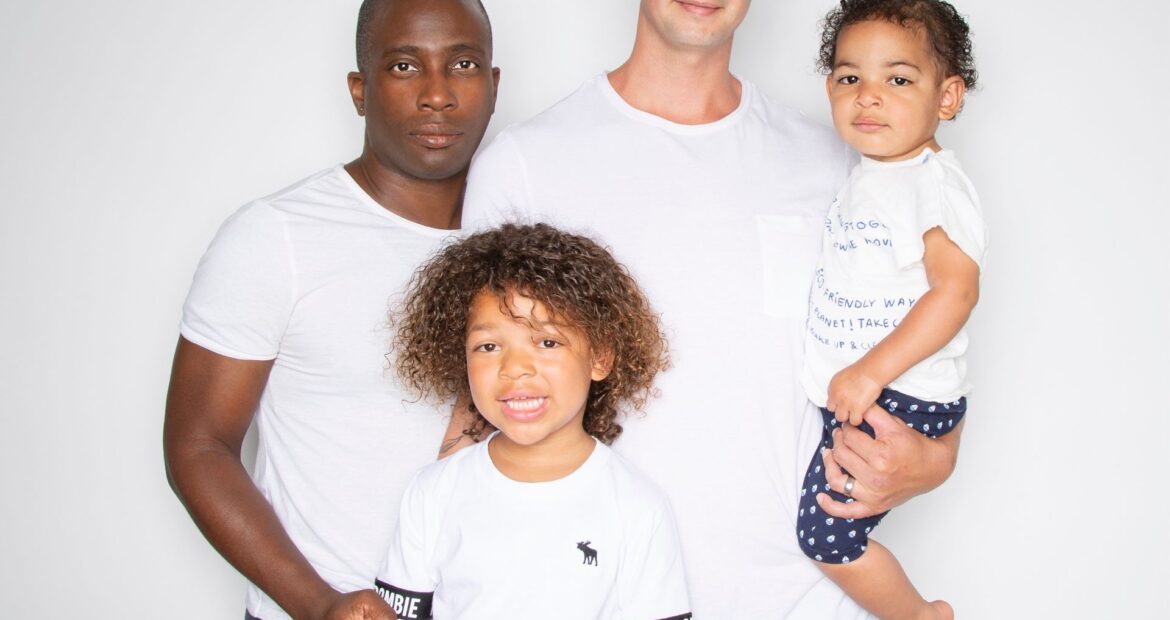 Father’s Day: Stories of Gay Dads and Their Foster Families

For Father’s Day, The Advocate teamed up with Extraordinary Families, a Los Angeles-based foster and adoption agency, to highlight LGBTQ+ dads showing the world that love is what defines a family.

A child enters foster care every two minutes in the United States, and currently there are over 400,000 children in care, according to Extraordinary Families. In Los Angeles County alone, there are approximately 20,000 children and youth in foster care at any given time, making it one of the largest foster care systems in the country. Older children, sibling sets, those with disabilities, and youth who identify as LGBTQ+ are often in care longer and less likely to be adopted. Complicating things, the Trump administration just this month pushed the Supreme Court to greenlight religious-based discrimination that would allow agencies to turn away prospective LGBTQ+ parents.

Thanks to the help and partnership of quality resource families, Extraordinary Families, which works with many LGBTQ+ parents and kiddos, is helping to find safe and nurturing families for all children in foster care. Scroll down and read some of their success stories.

Since 1994, Extraordinary Families has been a leader in foster care, adoption, and child welfare policy reform. A leading nonprofit foster family, adoption, and advocacy agency based in Los Angeles, it is dedicated to improving the daily lives and long-term outcomes of children and youth in foster care by recruiting, training, and supporting high quality foster and adoptive (resource) parents for children removed from their families due to abuse or neglect. The organization welcomes a diverse population of individuals and families to serve as resource parents regardless of age, race, ethnicity, sexual orientation, gender identity and expression, disability, marital or domestic partner status, political affiliation, or ancestry. Resource families are viewed as members of a team providing individualized care so each child can reach her/his/their fullest potential. 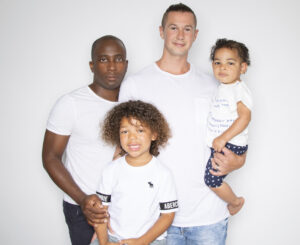 Like many parents, Jon and Alec were initially doubtful the foster-to-adopt option was right for them. The notion of attaching to and loving a child with the potential of having that child reunified with their birth family was difficult to grasp. Nevertheless, they took the strong advice of a co-worker and attended an orientation with Extraordinary Families, a leading nonprofit foster family, adoption, and advocacy agency.

“We came out of (the orientation) thinking that, yes, of course a child we are fostering may go back to their birth parents. But eventually we will meet our forever child, and that will be the right family for us.”

Soon after being certified through Extraordinary Families, they received the phone call that would forever change their lives: a newborn boy was in the hospital and needed a family. They immediately said yes, and within a few days Christen was home. “He was tiny and had been alone for 8 days (in the hospital), and now we were going to get to take care of him for however long he needed us. We brought him home and sat him in the middle of our living room in his car seat, and just marveled at him while he slept.” 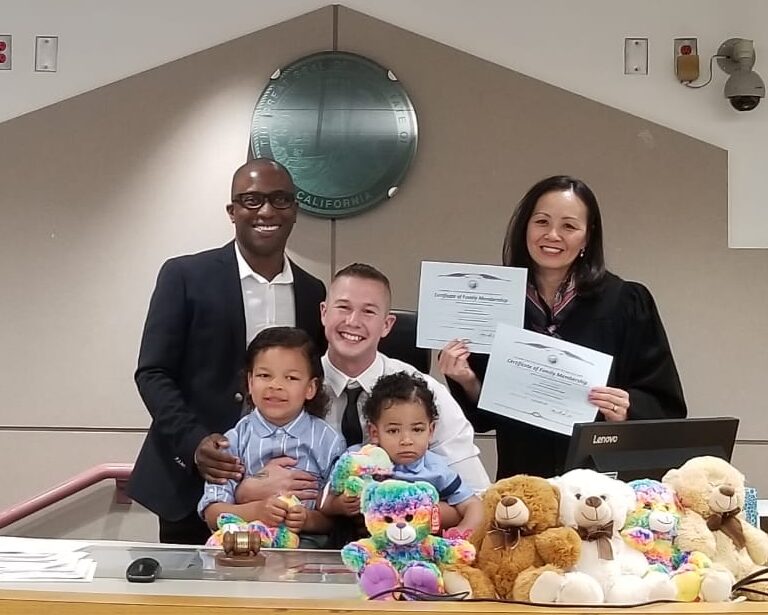 Although Jon and Alec were planning on having more children, they had a path in mind – one at a time. A week after bringing Christen home, however, they were thrown a curveball: Christen had an older brother, Anthony. He was nearly 4 years old, non-verbal, and had been homeless with his parents since birth. “This is not necessarily what we would had planned, but we felt we could give this child what he needs: love, support, and a stable home. To us, there was no choice in the matter. The universe has given us an older child, we are going to take care of him, and we wanted to bring him home as soon as possible.”

Jon and Alec’s greatest fear in this process was that they would not have enough to give, and now they have given so much. Christen is an energetic and happy toddler who runs all over the house seeing what mischief he can get into. His brother, Anthony, has made amazing progress.

“We had to get him out of diapers, teach him how to speak and how to play. Now, we can see that he is happy. He loves riding his bike, going to the beach, and is wonderful with his brother. To just look at the child he is today compared to the frightened child he was when he first arrived, with only a small paper bag of belongings in his hand, makes the challenges 100% worth it. We feel blessed that he is a part of our family and would not change anything.”

Jon and Alec live in Los Angeles and adopted Christian and Anthony in 2019; and their family continues to grow. They are in the process of adopting a 10-month old from the same birth parents. Both continue to uplift the work of Extraordinary Families, supporting other parents through the foster care and adoption process. 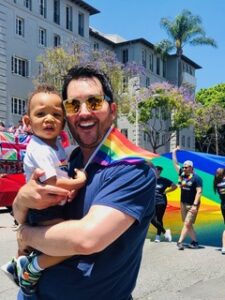 Steven knew at a very young age that he wanted to be a father. It just took him a moment to realize that he could do it on his own, without a partner. He had an amazing support system, and with the help of Extraordinary Families, Steven knew foster-to-adopt was the road he was meant to be on. His journey, however, was not a straight path.

Before Steven met his forever son, Oscar, he fostered three other children – all of whom safely returned to their birth families and made indelible marks on his heart. Learning that he had no control over the fate of each baby was a challenge. “I tried my hardest, thinking I could change the outcome, not possible. I had to be patient and trust it was going to work out the way it was supposed to, for all of us. Had I not been, I may not have gotten all the way to Oscar.”

When the third child left his care, Steven struggled. “I knew this is what I signed up for. After all, that is the primary goal in fostering – to reunify with birth family. But at the same time, I was looking to grow my family. I questioned if I was strong enough to go through the process again.” Steven told Extraordinary Families that he was most likely done, but to not hesitate to call him if something came up that sounded like a fit. Sure enough, a few weeks later Steven’s phone was ringing. 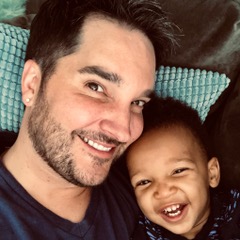 While grocery shopping, not paying much attention to his phone, Steven received multiple missed calls, texts, and emails. Steve knew, while standing in the frozen food aisle, that this was the one. He called Extraordinary Families from the parking lot and they told the news about a newborn boy in need of a family. Steven, overwrought with emotion, said yes, of course. His incredible support system rallied and made it possible for him to meet Oscar in the hospital just a few hours later.

Steven fell in love instantly. “The heart is a muscle – and yes, it can break – but it can also be strengthened over and over again.” Four days later, Oscar came home with Steven; a year and a half later, they became a forever family.

Steven lives in Los Angeles and adopted Oscar in 2019. Extraordinary Families was there on adoption day to celebrate their beautiful union. Steven is an advocate for the foster care system, supporting other parents through the foster care and adoption process. 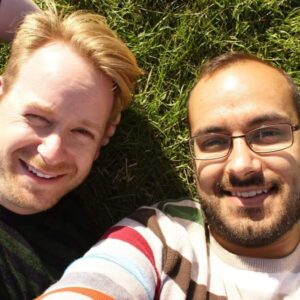 For Robbie, knowing that he wanted to be a father, meant leaving the religion he grew up in. “I wanted a family, and I knew I couldn’t have that in my Church.” Three years after leaving, Robbie met now husband, Neal, and together they decided to foster a child through Extraordinary Families, a leading nonprofit foster family, adoption and advocacy agency.

With help and guidance from Extraordinary Families, Robbie and Neal welcomed Little Man  [Robbie and Neal chose not to name him for this piece for privacy concerns]  into their home with hopes of adopting him. “It has been a miracle to watch. It really restores my faith in just being a human being. We can see how much change he has experienced and how much growth and I think I can do that too. I can keep growing and changing and healing.”

Two months of having Little Man in their care they learned their foster son was going to be reunified with his birth family in another state. Being selfless fathers, they slowly transitioned Little Man to living with his birth family and after nine months, Little Man left their care. Although both were devastated, after some time Robbie and Neal decided that they wanted to foster another child, “there was never a moment we considered not trying again. We just knew we would. Even if we had to deal with that pain 100 times before we had a kid stay with us.”

But before they could inform Extraordinary Families, they found out the Little Man was going to return to them. Now after two years with Little Man in their care, Robbie believes that he is living with the values he grew up with by fostering a child. 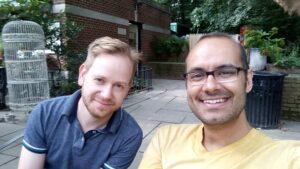 “I have found heaven, I have found charity, I have found in my family all the things that were so important to me in this religion that I grew up in,” he says. “This is my belief now — build your family, take of each other, and just love each other. This is what matters.”

Robbie and Neal live in Los Angeles and are in the process of adopting Little Man, a nickname given to the child to protect his identity. Extraordinary Families is helping to guide the couple through the adoption process with parent support groups, case management, and family connection events. Their journey is unique because no foster care situation or foster child is the same.